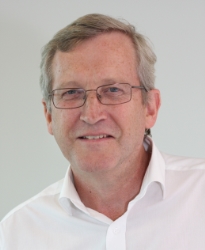 Simon was appointed as Programme Director at Crossrail in July 2014 and succeeded Andrew Wolstenholme as Chief Executive in April 2018.

He joined from Network Rail, Infrastructure Projects where he had been Project Development Director since March 2013.  Previously Simon was the Director of Venues and Infrastructure at the Olympic Delivery Authority having been appointed in August 2006 and was responsible for design and delivery of all infrastructure on the Olympic Park as well as the operations of the venues and Athletes Village throughout the Olympic and Paralympic Games.

He graduated in civil engineering in 1976 from Birmingham University and joined Binnie and Partners where he worked on a number of water engineering and dam projects in Sri Lanka, Egypt, Sudan and UK. In 1984 he joined Mouchel where he ran the water division firstly in UK and then in Hong Kong. He set up a consultancy business for Mouchel in Thailand.

In 1996 he left Hong Kong to join Arup’s Project Management business in UK and Europe which he ran from 2003 until he joined the ODA.

He is a Fellow of the Institution of Civil Engineers and was awarded an OBE for services to the construction industry in 2012. 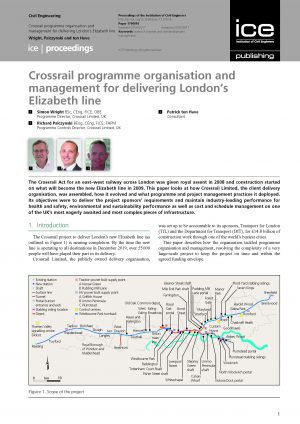 
The Crossrail Act for an east–west railway across London was given royal assent in 2008 and construction started on what will become the new Eliz...