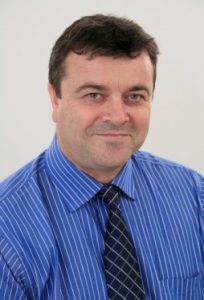 John Comins is Construction Manager for Dragados and is currently working on the Bank Station Capacity Upgrade project. John started working underground in the South African gold mines in 1982 and after graduating from the Camborne School of Mines in 1987 then started his tunnelling career on the Channel Tunnel, then moved onto the Storebaelt Tunnel in Denmark, Heathrow Express in London, City Link project in Melbourne followed by Northside Storage Tunnel in Sydney, Australia. After returning to the UK in 2001 he worked on Channel Tunnel Rail Link Contract 220 with Nishimatsu then with Costain on the Waterloo SFA and West Ham FAS before joining Joseph Gallagher Ltd in 2010. John moved on to work on Contract 305 on Crossrail as SCL Manager in 2012 and has been Construction Manager since 2013. In total he currently has 28 years of “hands on” tunnelling experience. 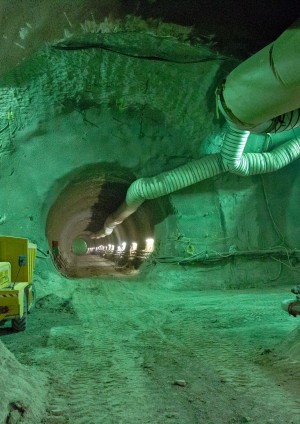 
At over 50m long, 17m wide and 14m high the Stepney Green Caverns are the largest caverns ever built using Sprayed Concrete Lining techniques in Ce... 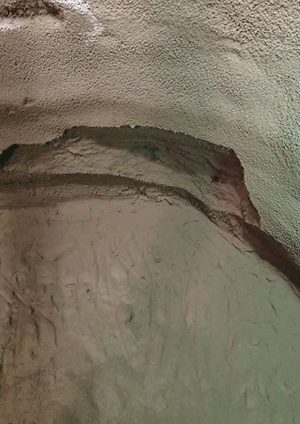 
Falling ground or immature concrete within sprayed concrete lined tunnels is a major safety risk to personnel, which has complex inter-relationship... 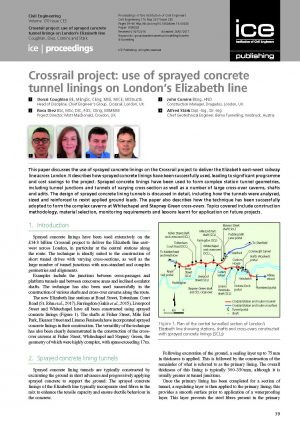 
This paper discusses the use of sprayed concrete linings on the Crossrail project to deliver the Elizabeth east–west railway line across London....