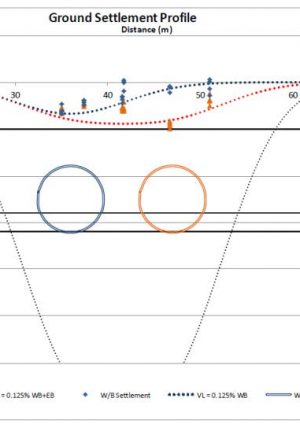 Ground Settlement Behaviour In Chalk Due To TBM Excavations