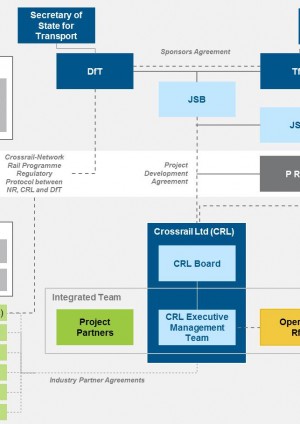 Lessons Learned from Structuring and Governance arrangements: Perspectives at the construction stage of Crossrail