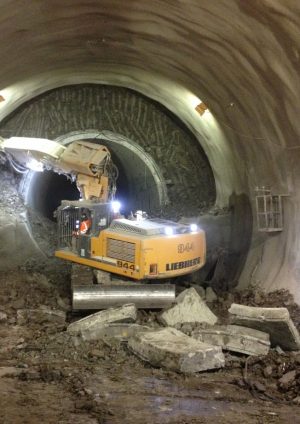 Use of TBM pilot tunnels for large diameter SCL caverns: the benefits, challenges and successes of Crossrail contract C300/C410