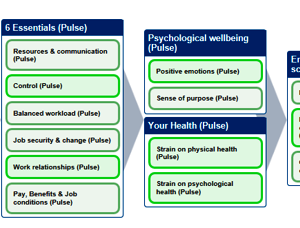 Wellbeing Over Time at Crossrail