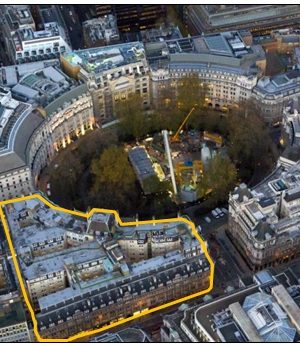 Use of linked monitoring systems for asset protection at Finsbury Circus during SCL tunnelling for Crossrail Station.